This post may contain affiliate links for which we earn a referral.  Thank you for your support.

Every minute, two million plastic bags are handed out at check out in grocery stores and other retailers across the country. These plastic bags find their ways into rivers, lakes, sewers, and blown into trees or to the side of the road. They then become harmful and dangerous to animal life and plants alike, and become a blight and a hazard to humans, too.

Other cities, such as Washington D.C., have taken another approach to reducing the amount of plastic bags being distributed. They charge a small fee for every plastic bag given out, though none for your own personal tote, and reinvest the revenue from those fees into river cleanup projects. Boston has implemented both a fee and a partial ban.

All around the world, cities and whole nations on all other continents have implemented bans on plastic bags. For example, in 2017, Kenya began a nation-wide ban on plastic bags, not only in stores but at the production stage, as well. Chile has applied a similar ban in its coastal cities. Australia has been banning plastic bags since 2011, and so far has eliminated a third of plastic waste throughout the country.

It is difficult to measure how much progress we are making because, even with the reduction of the introduction of new plastic bags, old plastic bags are sent to landfills and dumps, and many blow away in the wind and end up in waterways and other natural environments. Plastic bags ought to be recycled, but this is still slow in catching on. In America, near to $11 million are spent annually to clean up plastic bag litter. According to a report from the World Economic Forum, approximately an entire dump truck worth of plastic bags is being thrown into the ocean every day. That same report also predicts that, unless something is done, there will be more plastic than fish in the oceans by 2050.

Instead of contributing to the creation of a dangerous environment for animal, plant, and human life, there is a simple solution to eliminating plastic bags from grocery stores and daily life. Reusable tote bags, made of recycled and durable cloth, are the way to go. People who already own reusable tote bags often forget to bring them to the store and, even if they remember to bring them in the car, they leave them there when they go into the store. Luckily, there are apps which can help you remember to have your tote bag with you when you need it. 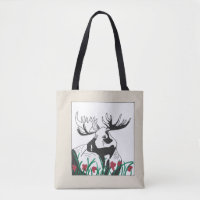 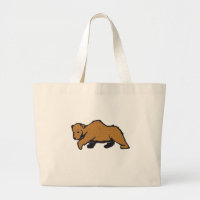 Head on over to Wilderness_Store on Zazzle, where we have a great selection of reusable tote bags.

In celebration of Disney’s work against plastic bags, feel free to check out this Mickey and Minnie reusable tote bag! 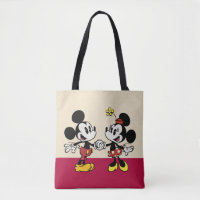 Check back in next week for our newest blog post, and follow us on Zazzle to keep in touch with all of our new artwork and products!