The smallest species of frog that has been discovered to date is Paedophryne amauensis. I hope you enjoy these interesting, little-known facts about this special little frog.

1. Paedophryne amauensis was discovered only as recently as 2009 in Papua New Guinea. However, it wasn’t until 2012 when a comprehensive study of the animal was done at the Smithsonian Institute.
2. This frog is less than a third of an inch long, on average. This is so small that one frog can easily sit on your fingertip comfortably.
3. Not only is Paedophryne amauensis the smallest frog known to mankind, it is also the smallest known vertebrate.
4. The mating call of Paedophryne amauensis is very high pitched and sounds similar to insects.

5. This particular species of frogs do not start out life as a tadpole. They hatch already with legs and able to hop, and resemble miniature versions of the adults. These young Paedophryne amauensis are referred to as “hoppers”.
6. Although Paedophryne amauensis is small, that doesn’t mean that they are weak. One of these incredible little frogs can jump up to 30 times the length of their body. If I do my math correctly, that means they can leap close to 10 feet.
7. Paedophryne amauensis lives in tropical forests in South America. They rely on the moisture on the ground and in vegetation to prevent them from drying out. Due to their small size, Paedophryne amauensis are very susceptible to dehydration.
8. Paedophryne amauensis was discovered when Christopher Austin and Eric Rittmeyer were recording nocturnal sounds in Papua New Guinea and heard a new animal. They didn’t realize how small the animal was and scooped up leaves near the location of the noise to see what was hiding under them. What they didn’t realize what that the small frogs were living among the leaves, where it’s wet enough to sustain them.
9. Paedophryne amauensis is a new species and does not have a common name yet.
10. One of the top predators of these frogs are scorpions. Because of their size, most of their predators are animals which normally eat other bugs.
11. The dark brown color of these frogs, as well as their size, makes them almost unspottable among the leaves on the forest floor unless you look very closely. This is probably why they’ve gone undiscovered up until now. 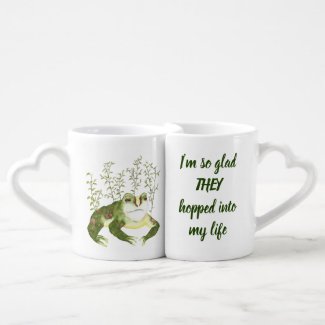