Roadrunners are actually a species of cuckoo. The difference between them and their relatives, though, is that roadrunners live on the ground. While they can fly, they prefer not to. While their wings can only keep them aloft for a short time, they have been recorded at sprinting up to 20 miles per hour. They reserve flying for escaping front predators or traveling down into a valley or over a cliff.

Roadrunners measure two feet long from tip of beak to tip of tail. They have black and white tail feathers that they lay flat behind them while running in order to be aerodynamic. They have zygodactyl feet. What does that mean? They have four toes, two in back and two in front. This stabilizes them well while running. Roadrunners make sounds very similar to that of a dove’s coo. They also make a type of clattering noise with their beak. Beyond these common songs, the roadrunner can actually make 7 different calls.

Roadrunners mate for life. They also share the responsibilities of raising the chicks together. Their nests are usually located in low trees or cacti, from time to time reusing the same nest from the previous year, and the clutch of eggs can be between 3 and 10. Because the body temperature of the female roadrunner drops during the night, the male sits on the nest at that time. The chicks, hatching after 20 days of incubation, are capable of leaving the nest after only 18 days. The parents will continue to care for the babies for another month beyond that, though. In some wetter areas, they will have two clutches a season. I was surprised to read that this wet area often includes areas on the Sonoran desert in Arizona, as you may know that’s where I live and I can’t say we get much rain here. Some but not much.

Roadrunners live in desert areas where there is some scrub brush. They live throughout the Southwest United States and Mexico, and are the state bird of New Mexico. Some roadrunners have even expanded their range, though, closer to the Mississippi River. They don’t do well in forested areas, but have integrated into farmlands and some suburban areas well. The roadrunner is also called the Chaparral Bird, because of their preferred habitat.

Roadrunners need to sunbathe in the mornings to warm up from the night. They perch on branches or fences and spread their feathers, letting the sunlight get to their skin, which is black and heat-absorbant. During colder times, they may sunbathe several times a day. During the scorching temperatures of midday, they don’t move around much and reduce their activity by half.

Roadrunners are mostly carnivorous, eating lizards, other birds, mammals, and even rattlesnakes. They are one of the only animals fast enough to catch rattlesnakes. When prey is scarce, though, they can eat some plants. 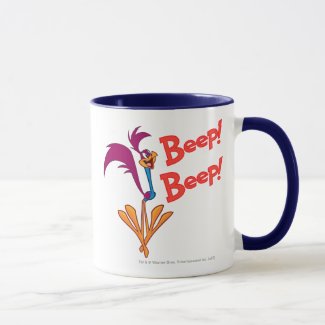