Hyenas may look like dogs or you might think wolves, but they are actually more closely related to cats. I say related to cats because technically they are neither cats nor dogs. They are their own family, Hyaenidae. This family contains four species, the Spotted Hyena (the most common and probably the hyena that most springs to mind), the Striped Hyena, the Brown Hyena, and the Aardwolf, who is small and insectivorous.

Hyenas live across Southern Africa and all except for the Aardwolf, who is solitary, live in clans that can reach up to 80 individuals. They make their homes in a variety of environments, from savannas to woodlands to deserts. The clans are matriarchal, meaning that the females are the leaders and are the larger and more dominant.

Many people incorrectly believe that hyenas are only or primarily scavengers, meaning that they rely on the kills of other predators to survive. This is completely untrue, however, and about 70% of their diet comes from their own hunting, which consists of animals as large as wildebeest and antelope. Hyenas are carnivores, and while the young cubs may learn to eat meat after about five months, they actually remain drinking milk for over a year after they’re born, which is an exceptionally long time for carnivores. The cubs train with each other by fighting over food and preference for feeding. Adult hyenas sometimes get into fights with lions over food, as well as amongst themselves. The hyenas’ distinctive laughing noise is a signal to other hyenas that one has found food. Because they are always unsure when the next time they will be able to eat is, hyenas tend to eat as much as the possibly can at each meal.

The Aardwolf (which means “earth wolf” is Afrikanns (a native language) and Dutch (as they live in areas with a lot of Dutch settlement)) is nocturnal and feeds on larvae and termites. While you can see the similarities between the Aardwolf and members of the family named “hyena”, their different lifestyles led scientists to conclude for a long time that they ought to be placed in a family of their own. Recently, it has been agreed upon that they are a member of the Hyaenidae family, but that they split from the ancestor of the other three long ago, although exactly how long ago is unclear, as different branches of research are coming to different conclusions.

While hyenas will live in a variety of climates, the Aardwolf prefers grasslands and will stay away from more mountainous terrain. They spend their days in any one of up to 10 dens which they may have. The aardwolf does not dig these dens themself, but takes over the dens and burrows of hares, aardvarks, or other small animals. While they live on their own, they will share territory with other members of their species. While they are largely nocturnal, they may become diurnal (awake during the day) in the winter to conserve body heat in the coldest parts of the night. 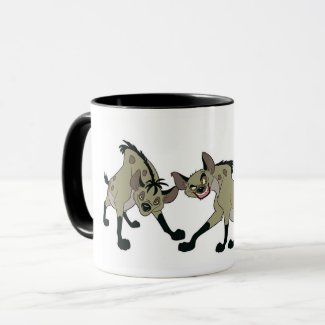 Thank you for reading! If you have any information to add or any questions, please leave those in a comment down below. We publish a new blog every Tuesday and Friday so, until next time, goodbye!

1 thought on “Fun Facts About Hyenas Including the Aardwolf”