Chipmunks are small, striped members of the squirrel family, found almost exclusively in North America. The only member of the family who lives elsewhere is the Siberian Chipmunk, who lives in Asia. There are 25 species of chipmunk, although recently scientists have started to think of these taxonomic distinctions as more differentiating than was once thought. In other words, the differences between the species of chipmunk are greater than was once believed to be true.

Chipmunks are omnivorous. They mostly eat seeds and buds, but they also from time to time eat insects, eggs, or small animals like frogs. They also can eat crops and garden vegetables. Most of their time foraging is spent on the ground, but chipmunks do climb trees to get to hazelnuts and acorns. These cute little animals are known for their distinctive cheek pouches. They have these in order to carry acorns and other large food back to their burrows. During the winter, they stay in their burrow eating from the stockpile that they created during the autumn. Some squirrels create several small stashes in an area, so that if one is compromised, they still have the others. Chipmunks like to put all their eggs in one basket though and create only the one stash that they live with.  One chipmunk doesn’t create a stash at all, though, and that is the Eastern chipmunk. They instead hibernate all throughout the winter.

Chipmunk burrows are well-hidden and kept very clean. There are several entrances to a burrow, making it safe from predators. Waste and trash, like seed shells, are allocated to a separate tunnel in the burrow away from where the stockpile is kept and the chipmunk sleeps. Speaking of sleeping, it has been observed that chipmunks can sleep up to 15 hours a day. Because they sleep underground, they probably don’t have the problem of sunlight waking them up or a lot of noise. They are also hidden, so they are pretty safe to sleep for a while. They are most active during the day. 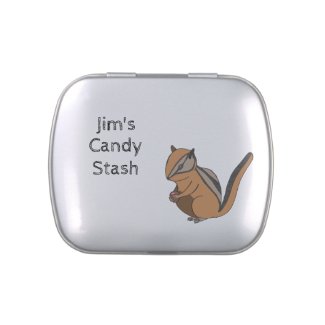 Chipmunks get their name from an Ottawa word “jidmoonh”. You may look at that word and not see the connection, but try saying it in your head. It was transcribed into English as chitmunk, or chipmuck. Sometimes chipmunks were called chipping squirrels because of the noises they make. Sometimes they are called striped squirrel. Timber tigers has also been a name they’ve been called, although that sounds like a name they might have given themselves, trying to seem fierce, or a chipmunk basketball team.

I hope you enjoyed, thank you so much for reading. If you have any questions, please leave them in the comments below. We publish a new blog every Tuesday and Friday so, until next time, goodbye!