Today, January 21st, is a very, very important holiday — National Squirrel Appreciation Day! If you’re familiar with our blog or Wilderness Store, you probably know that we’re huge fans of squirrels around here, so let’s share together some amazing facts about squirrels, both squirrels you typically think of and some you don’t.

1. There are about 285 species of squirrels all over the world. They live on every continent except for Antarctica and Australia.
2. While some marmots prefer to live alone, such as the groundhog, many species are very social and live in family groups. Some marmots even stay around their home long enough to help their mother raise their younger siblings.
3. At the end of the 1800s, when city parks were becoming more and more popular, city planners felt that they needed to feel more natural and so purposefully brought squirrels to live in them. The squirrels didn’t naturally come to live alongside us.
4. Ground squirrels like to keep clean. To do this, they roll around in the dust and then use their long claws (used for digging) to comb through their fur to get any tangles or clumps of dirt out.
5. Prairie dogs, a member of the squirrel family, have the most complex language that we know about. They are able to communicate specificity about their observations much clearer than any other animal whose language we’ve studied. 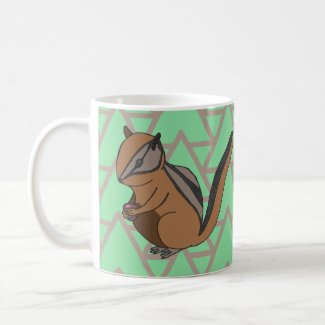 6. Squirrels who don’t hibernate bury nuts and acorns under the snow to eat during the winter. They can smell these caches of food under up to a foot of snow and are able to dig down to get to them. Sometimes the food they uncover is not their own, but they eat it anyways.
7. Sometimes squirrels avoid having their food stolen by pretending to bury a cache. They dig a hole and then hastily cover it back up as if they just buried some nuts, but they don’t actually bury them.

8. Chipmunks don’t only carry nuts and berries in their cheeks, they also carry small twigs and leaves to make their nests out of. Read more about chipmunks here.
9. Squirrels can jump up to 20 feet in distance, due to their strong hind legs. Their back legs are also double jointed, which makes them so fast. The average speed for a running squirrel is about 10 miles per hour.
10. Flying squirrels are nocturnal, and their large adorable eyes allow them to have night vision so they can see where they’re gliding.

Visit our Zazzle store to see great gifts for yourself and others featuring a red tree squirrel and a chipmunk. See these artworks also on our Redbubble store.

Thank you for reading! If you know any more nutty squirrel facts, leave them in a comment for us! We publish a new blog every Tuesday and Friday so, until next time, goodbye!